Promin AS has delivered projects from Svalbard in the north to Kristiansand in the south. We deal with reports, ratings, surveys, 3D mapping using drone technology, 3D modelling, resource modeling and many other things. Below are a few selected projects that show the breadth of what we do.

Examination of the risk of damage from overflow

In connection with the application for operating license for the new open pit mine being planned by SMA Nordland AS, several objections were asked to be addressed first. One of the objections came from Statensvegvesen (Norwegian Public Roads Administration). They expressed concern when water from the lake, which will be formed when the open pit be closed down, placing of drains and how this would affect the county road right by it. In that context, SMA Nordland commissioned that Promin investigate and report om the extent to which such an encroachment would have on the water flow in the area.

Promin AS performed watershed analysis on the area before and after the closing down of the open pit. Investigation was done on existing topography, and at an elevation model of the final level of the open pit lake. A rainfall of 20mm per hour was set to look at the effect of an extremely heavy rainfall to the lake (more than 1 mm/hr is considered heavy rainfall)

The results (shown in photo) show how the natural flow of water (blue lines) will change when the quarry is closed and filled up. This made it possible for the NPRA to see how a potential problem might arise, so this may be taken into account in the decommissioning plan. NPRA was satisfied with the information and has accepted the proposals.

Analyis was conducted in autumn 2016. 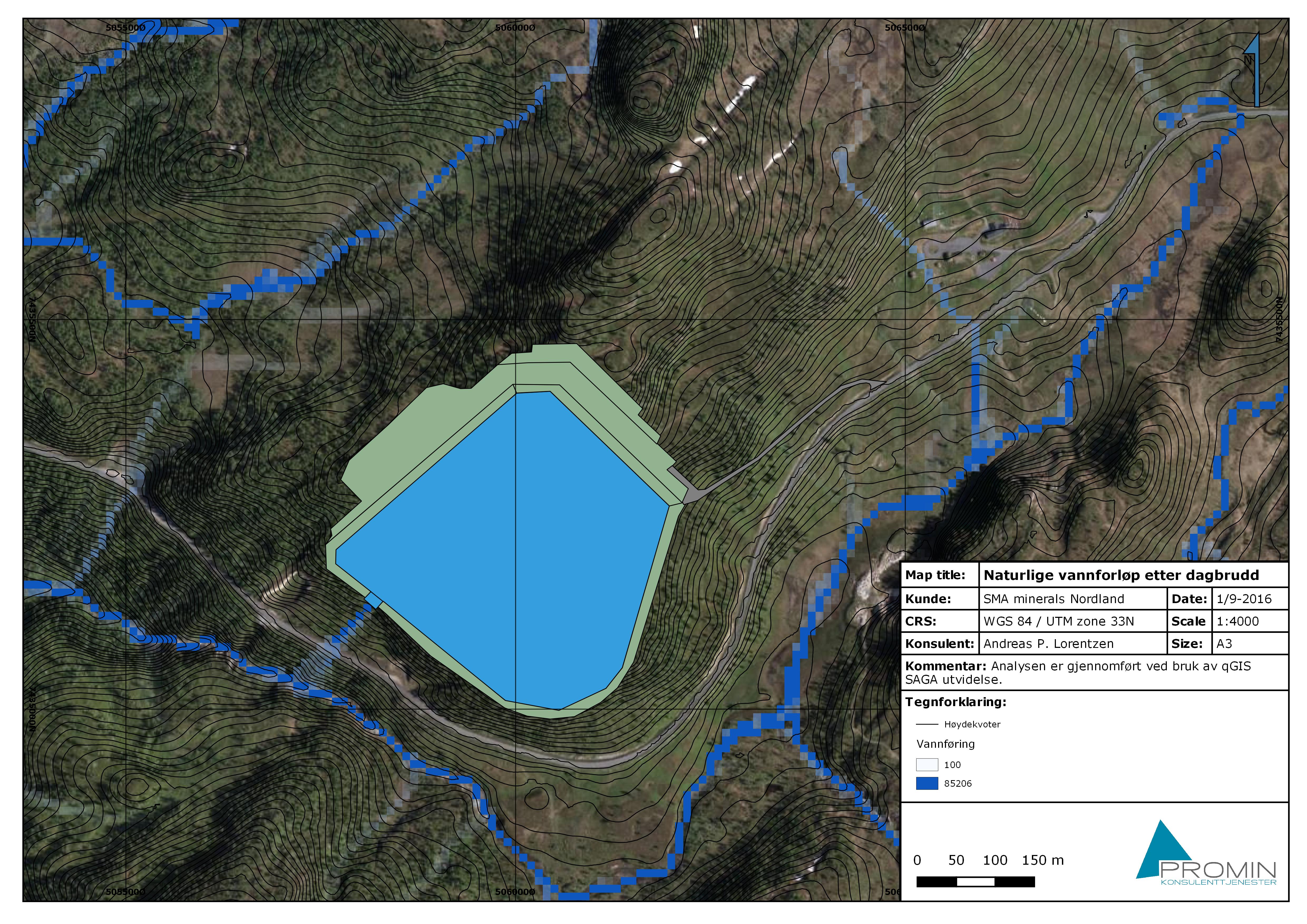